Then the flight attendant offered me my pajamas and slippers…and that is when I knew I was in first class. 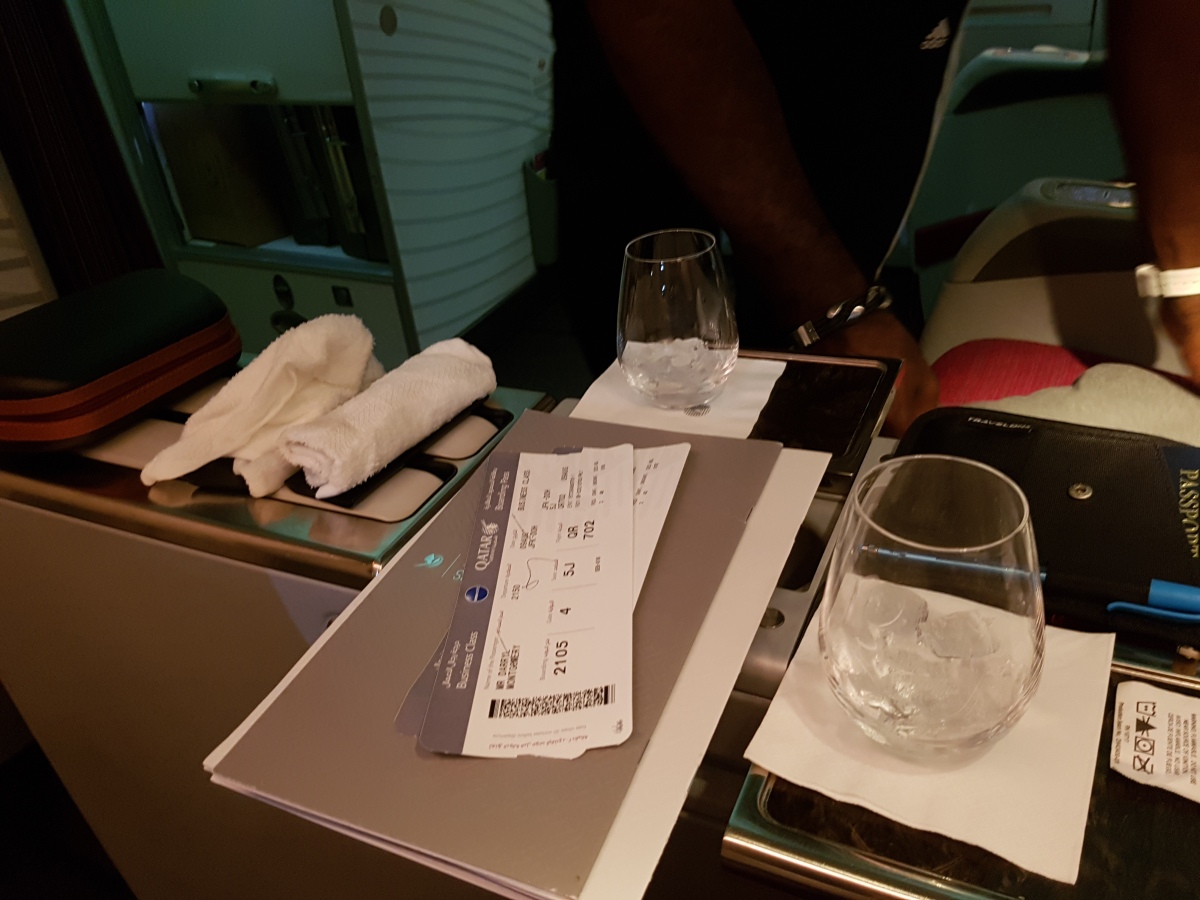 Over the summer, along with checking Cuba off of my “I Will DO IT” list, I was able to check off Flying First Class, x2.  The first experience was with American Airlines.  Darryl had already booked our flights home from Miami so I figured I’d see how much it would cost to upgrade.  The upgrade costs us less than $300, so why not.  Before we boarded, we went to the admirals club.  American Airlines had sent me two free passes to the admirals club in the past and I hadn’t used them until now.  Admirals Club is a membership program and lounge operated by American Airlines.  In the lounge, there was free food, drinks for purchase, free wifi, showers, television and comfortable seating. 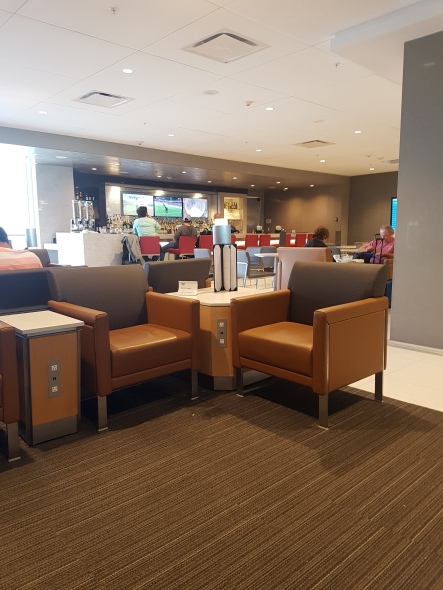 Of course, First Class boards first and we were seated in the second row.  The television screens were bigger than in economy class and we were served drinks right away.  We had the constant attention of attendants and received free snacks and a tasteful meal. There was more leg room and the seats were comfortable.

I may have been acting a little bougie, because I kept wondering when they were going to close the curtain.  And when they did- that’s when I knew I was in first class.  You know that E*Trade Commercial, yeah I was the women with the champagne…

There were lots of kids on our flight, but I didn’t hear any.  You don’t know how good it felt, to be the first ones off the plane either.  No waiting, no pushing, just strolling. Like A Boss!

I sent the following IM to my girlfriends:

“Yo, I just upgraded to first class American Airlines. I’m chillen in the Admirals club waiting for my 4:30 flight with free food and Wi-Fi and showers.  Why not, it’s my birthday month.”

This was my girlfriend Jennifer’s response:

“Let me know when you are riding first class on the way to Doha! That’s when you’re fancy.”

So, what did I do when I got to JFK airport when my summer had concluded and it was time to head back to Doha?  I asked how much it was to upgrade my Qatar Airways tickets to Doha, and that was on some other level!  Now let me clarify something: I am by no means rich, but I have learned how to work the system a little and get cheap flights.  I found a super cheap, one way flight back to Doha from JFK so I was willing to splurge a little if the price to upgrade would put me around the same price of a regular ticket. Sometimes you just have to live a little and at that very moment at that first-class counter a quote I refer to often came to mind… 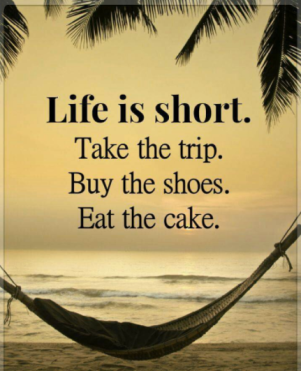 So I bought ‘the shoes’, well the tickets.  I was some what salty because we didn’t get to try out the Qatar Airways lounge.  After fighting through New York traffic and walking that big airport it was almost time to board.  Qatar Airways is already top shelf, so I could not wait to ‘eat the cake’, especially after the ticket handler said that I wouldn’t be able to get my pre-ordered vegan meal.  She said because that was for economy.  She said my meals would be better.  I was willing to have my pre-ordered meal but she said not in first class; they could not bring me economy meals.

We boarded first, of course, and found our seats or reclining beds.  Then the flight attendant offered me my pajamas and slippers…and that is when I knew I was in first class.  Don’t mind if I do.  She handed me a toiletry purse and directed me to the bathroom.  This bathroom was better than some homes.  After I changed into my pjs, she took my clothes and hung them up in a closet and then made up my bed.  Did you hear me?  She made up my bed.

Seven hours into the flight, Darryl woke me up and reminded me that I had slept half our first-class experience away.  It was the best sleep I had ever had on a flight.

So we watched some movies on our big screen monitor together and ate and drank for the duration of the flight.  First class makes a long flight enjoyable and if I could fly this way everywhere I would spend the money and do it. 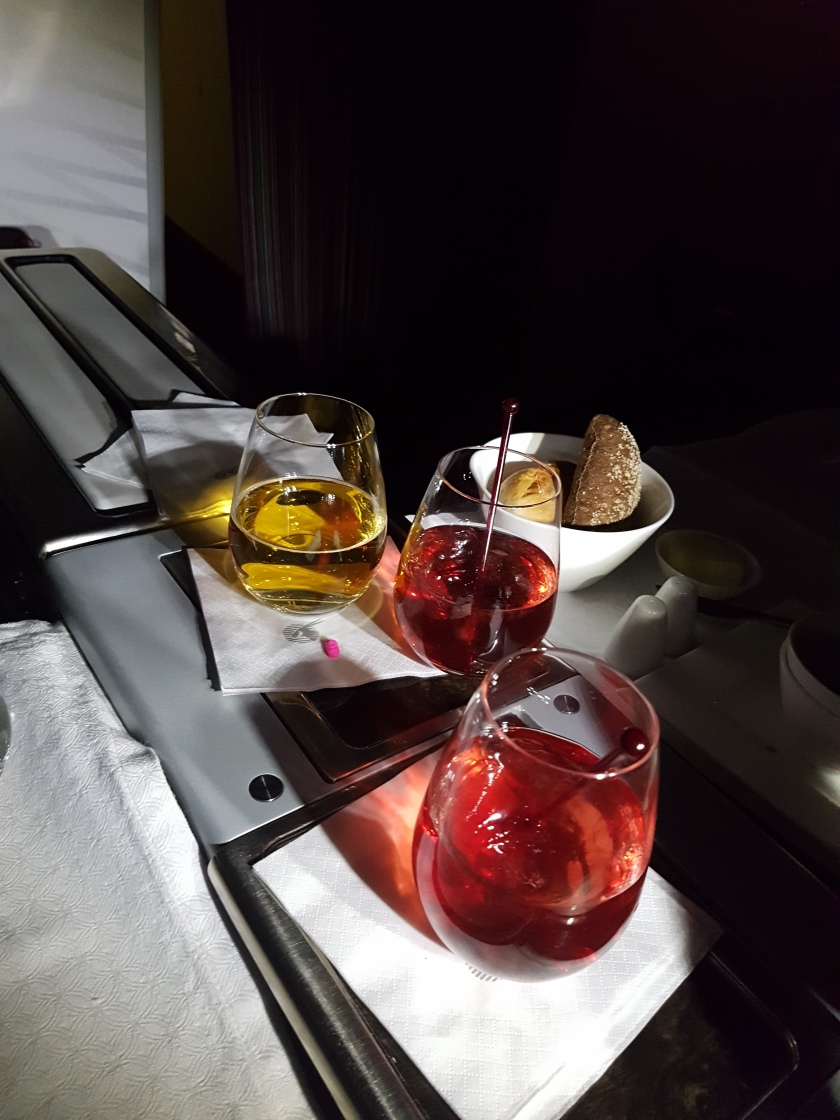 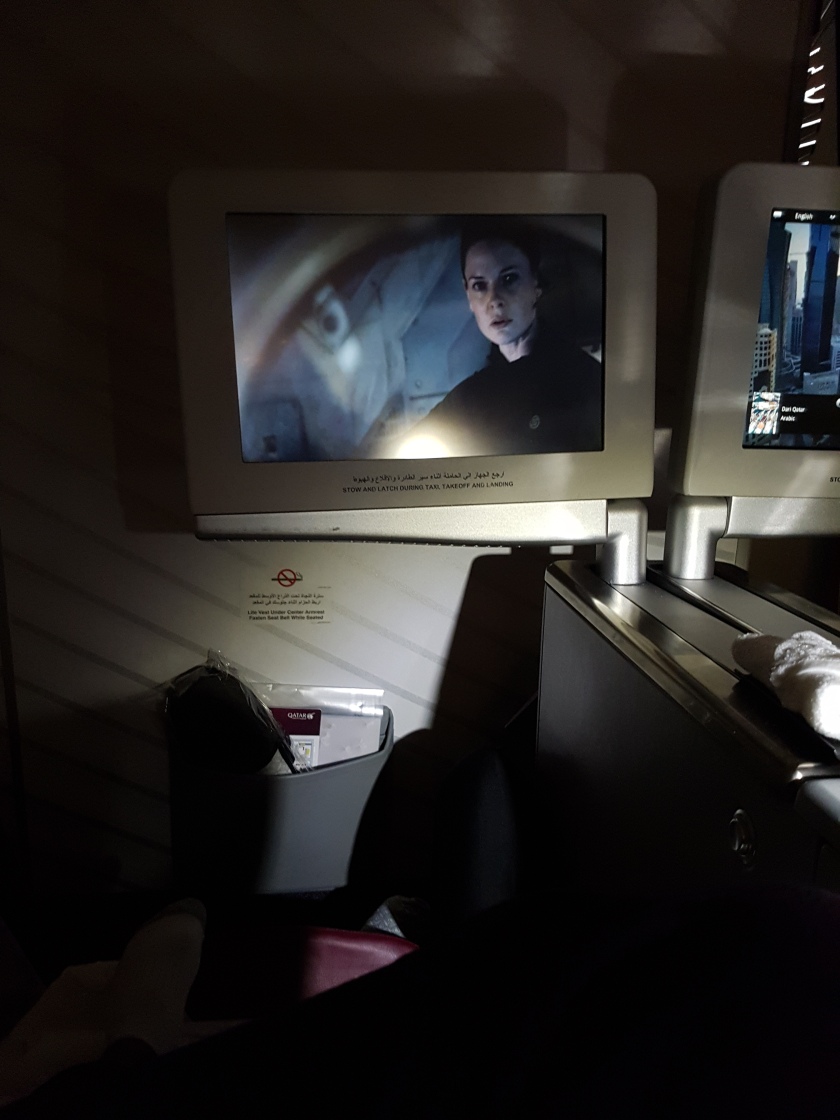 The only thing I didn’t like about both of my first class experiences was the big console in between the seats.  Darryl and I couldn’t cuddle.  In economy you can lift the armrest and lay in each other’s arms but the big consoles between us made this impossible. Should that deter you from flying first-class?  HELL NO!  It is an experience worth having at least once, if you can afford it.