“Those who cannot remember the past are condemned to repeat it.” -George Santayana 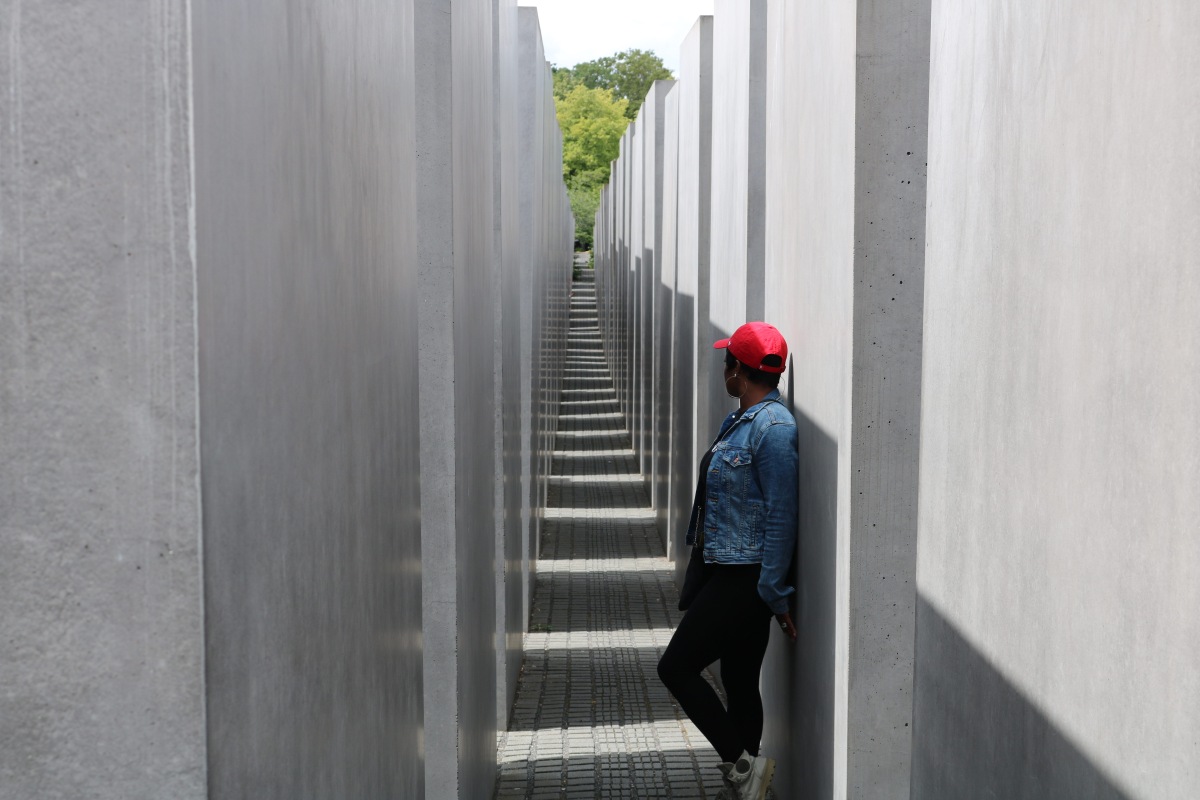 This summer I visited three cities in Germany. I went there for two purposes, see a concert and visit a friend. I’ll admit Germany was never on my list and I don’t know anyone whose list it is on however, after visiting I wish I had gone sooner. If Germany is not on your list, here is eight reasons why it should be…

It is no secret that Germany is rich in history. For many of us World War II and the Holocaust is the most memorable. But, I also remember watching when the Berlin wall came down on television in 1989. I was 12 years old and we discussed it the next day in school.

Here are just a few of the historical sights in the three cities that I visited- Koln also better known as Cologne, Hannover and Berlin.

If the historical symbols around Germany don’t move you, nothing will.

Many European styles are reflected in German buildings, medieval, roman, gothic, etc… There doesn’t seem to be one distinctive style. A lot of the East/West history is reflected in the architecture and there is something different around every corner which makes it’s buildings very interesting to look upon.

Germany is a very clean country. I witnessed this in each of the three cities: Koln, Hannover and Berlin. I don’t know about the rest of Germany but I was pretty impressed by the cleanliness of the streets, public transportation and I need to mention this, self-cleaning public toilets.

Germany is also very pretty. I found the parks to be very romantic and well-maintained. Speaking of Romance, love is locked-in all over Germany. And to top it all, Koln is where Eau de Cologne originated.

I must mention the transportation system in Germany. We took both buses and trains and both were efficient, timely, easy to navigate and clean. They have sections for strollers and fold down seats for the elderly. They have family transportation passes as well. I don’t know how that works fully but as long as my husband and I were with my friend, whom is a resident, we were able to ride the buses and local trains under her pass. Their transportation system uses an honor system but you should buy your tickets and have them available in case they ask for it. We were not asked to show our tickets but once, and that was on the regional trains.

Germans love their beer and it is a major part of the culture. Germany is the top producer of beer in Europe and follows an old 500+ year old Beer Purity Law -only 4 ingredients can be used to make German beer. You can drink it in public too. I mean it is home to Oktoberfest. Beer gardens are big in Germany and your beer glass depends on the beer type you order. *Word of advice- when visiting a beer garden and there are live bands, don’t talk loudly over the music, you will get shooshed.

Festivals pop up all over Germany and you must try the food at the festivals. (We will get into the food in a minute) Germany is also a great place to attend a concert. I was hesitant about attending a concert in Germany because of things I had heard like -they don’t like to speak English, they don’t like black people. Let me tell you, don’t listen to what people say. You must experience things on your own. I would attend another concert in Germany in a heartbeat. I went to see Pink here. Seeing Pink in concert was one of my dreams, so I took a chance in attending a concert in a foreign country despite neigh-sayers. My husband and I had a blast and we were in good company. We felt very safe and comfortable and even walked back to our hotel afterwards (late at night) which was about a 30 min walk but we weren’t alone because many people walked. The crowd was lively and friendly. Pink puts on the best show!!

Did you know that Birkenstocks are made in Germany. I did not, so when my friend took me to a store and birkenstocks were half the going price, I couldn’t help but purchase. And of course the variety is better and you don’t have to worry about if they are genuine because you are getting them from the source.

I saved the best for last. I was in Vegan Heaven. If you are Vegan, you will fall in love with Germany. The food was my favorite part of my stay in Germany. I found great vegan food in each of the three cities: Koln, Hannover and Berlin! I’m not just talking about vegan junk food either. This country had the most variety of vegan food than any other country I have traveled to so far. If for no other reason, this is reason enough to add Germany to your list of countries to visit.

My husband who is not vegan also enjoyed the vegan food. Outside of the vegan food, he was not impressed with the Currywurst, Weisswurst or apple struedel, which are three things Germany is supposed to be known for. But this is because he expected too much. We both enjoyed the Bavarian pretzels, mustard and beer though.

I really enjoyed Germany. I can’t say enough about the vegan scene. Visiting my friend, Reem, her husband and baby girl Rhea, who opened their home to us for two nights in Hannover was a bonus. Meeting up with another friend, Alyssa, in Berlin was fun too. Seeing Pink in concert in Cologne was a dream come true. Even though Germany was never on my list of places to visit, there was one specific moment when I knew Germany would forever hold a special place in my heart. That moment was when Darryl and I got off the airplane in Germany and while walking through the airport we stopped at the supermarket and saw the most Alpro products we had ever seen in our lives. The fact that an airport supermarket had vegan products sealed the deal for me. I’m excited to experience some other places in this world that may not be on my list because you never know ’til you go!

Questions you may have

Where did we stay and how was the stay? In Koln, we stayed at Hotel Lyskirchen. The room was small but the location was great. We also stayed in the Ameron Koln Hotel Regent on the day of the Pink concert. This hotel was nice and within a 30 minute walk to the RheinEnergie Stadion. It’s restaurant is pricey but the drinks are stiff. In Hannover- We stayed with my friend. In Berlin, we stayed at the Pestana Berlin Tiegarten. This hotel is very nice too but a little far from the sites.

How did we get between the cities? We flew into Koln via Rome. We took a train from Kol’n to Hannover- about a 3 hour ride. We took a train from Hannover to Berlin- about 1.5 hours. We took a plane from Berlin back to Qatar- about 6 hours. As mentioned the public transportation is great in Germany. You can take Ubers and regular taxis within the city as well.

What was my favorite vegan restaurant? In Koln- Sattgrun. Hands down the best vegan restaurant I ate at in Germany. I ate there both days I was in Koln. Others- Hommage (for breakfast). In Hannover- We didn’t really eat out here but I enjoyed shopping for vegan foods in the market. In Berlin- There were many but if I have to narrow it down to one, I would say: Vedang Plant Burger in Berlin Mall. They even had a Mary Jane CBD burger. Others- Dolores California Gourmet Burritos.

How did you find the people? My friend who resides in Germany says she has experienced some racism being from middle-eastern descent and the German people are very prideful, especially the older folk. She told me about an incident where she tried to help this older German woman who had fallen and the women hit her in response. Outside of people providing a service, we didn’t have much interaction with other people. We found the people of Germany to be pleasant, not the most friendliest but not unkind either. They were helpful when asked questions and as African Americans we didn’t experience any mistreatment from anyone. Most people spoke English too and if they didn’t they asked someone who did.

I would love to hear from my readers. What place have you visited that surprised you? What place should I add to my list that may surprise me- has to have good vegan food-?

2 thoughts on “Why Germany Should be on Your List”