Since I would be traveling alone back to Philly, I was looking for an in-between place to stop to break up that 12.5 hour straight flight.  This was my first time traveling alone internationally and I’d be lying if I said I wasn’t nervous.  Is it safe?  What if I got lost?  Would it be fun?  What if…? What if…?  Then I remembered a quote: 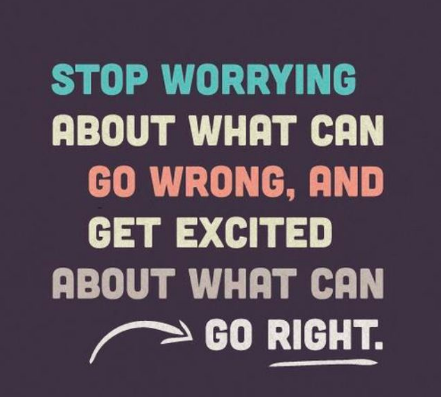 So I started thinking about the positives that would come out of this.  I could eat all the vegan food I wanted without compromise or hearing complaints.  I could go where and when I wanted.  If I felt like doing nothing, I could, because it was only me.  Finally, when was the last time I was alone?

It was when I stumbled across a picture of the little Mermaid statue in Copenhagen that I decided this would be my stopover.  The Little Mermaid is my favorite Disney movie of all time.  My connection to the movie has a lot to do with my sheltered child hood and how I longed to be a part of ‘their world’.  I felt everything Ariel did when she sang that song, Part of Your World.

My plan of what I would do there started by researching what the city is known for: World’s Oldest Amusement Park – Bakken, Cycling, Shopping Avenues and Beautiful Gardens.  That’s nice but I wanted to see my statue (of course), some pretty scenery (overdue from Qatar), Christiania (something different) and whatever else I stumbled across.  Oh, let me not forget, EAT!  Before I went, I purchased a Hop On Hop Off Pass and a Copenhagen Card.  With these two purchases, I could tour the city, have transportation to major areas and have free admissions to a variety of places.  I booked my hotel room at Wakeup Copenhagen, a budget hotel in central Copenhagen close to popular sights.   I made sure I had ‘The Happy Cow’ app downloaded (for vegan restaurants), as well as ‘google maps’, and ‘From Rome to Rio’ for getting around and ‘Unit Converter’ to check on my spending.  I was ready.

The Hop on Hop off bus Pass was the best choice for Copenhagen.  With it, I was able to basically travel all over and since they don’t have uber it was perfect.  I found Copenhagen to be a great city for solo travelers.   I felt very safe and there is a lot to see and do, even for vegans.

They have this thing called brunch for vegans. I enjoyed the brunch at each of these three vegan restaurants: 42º Raw, SimpleRaw and Souls.  Their apple ginger shots are amazing.

There are several castles there.  I even took a 40 minute train ride to see Hamlet’s castle.  It’s the last castle in the pictures below and my favorite.  It was worth it to take the train ride in the rain alone.

It’s a pretty city too and they are big on sustainability as evident in their green roofs and bikes.  There are more bikes in Copenhagen than cars. 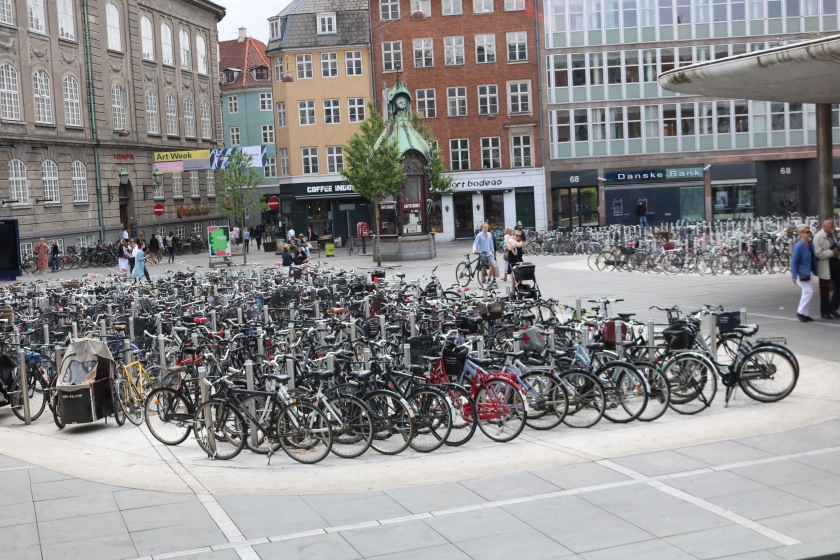 I put out a bat signal on Nomadness travel group to see if anyone was in Copenhagen and wanted to show me around.  A fellow group member named Michael was kind enough to meet up with me.  He even accompanied me to FreeTown Christiania before it was raided and pusher street got closed.  In fact, the police showed up while we were there.  It was a very interesting experience.  I recommend you stop by there if you’re ever in Copenhagen. 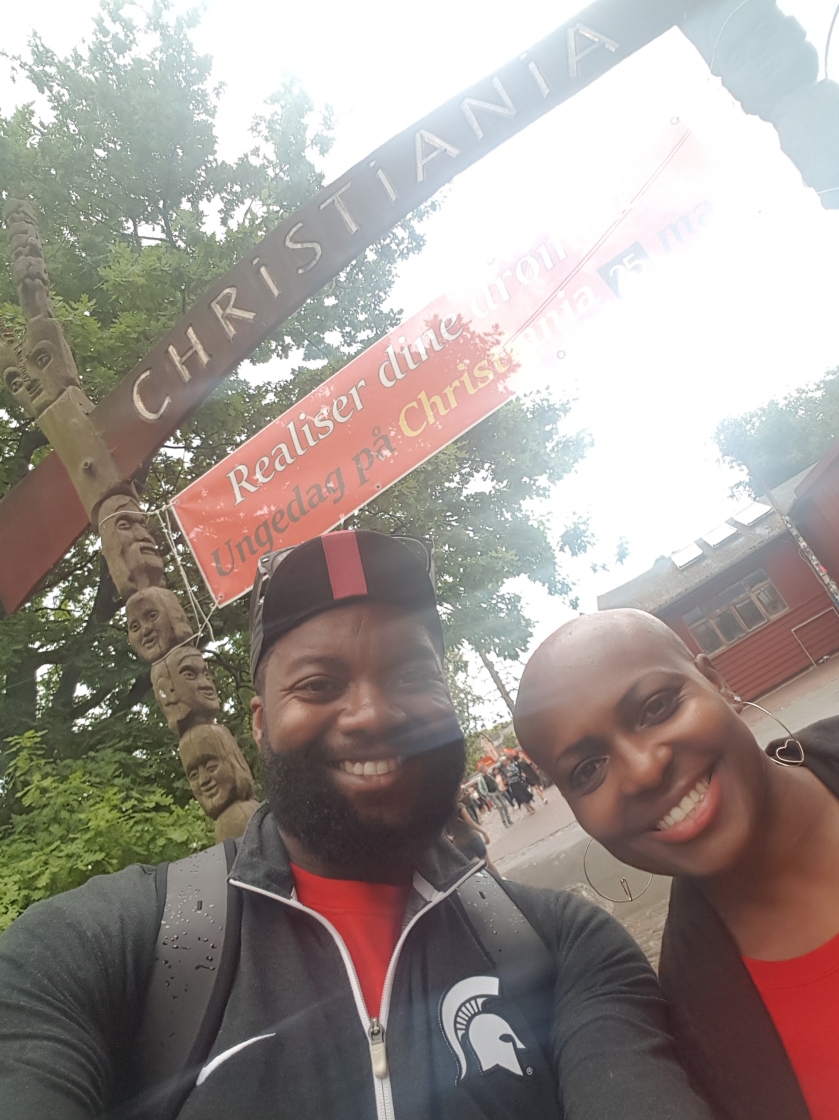 Michael even took me to and shared the background on the ‘I Am Queen Mary‘ statue. 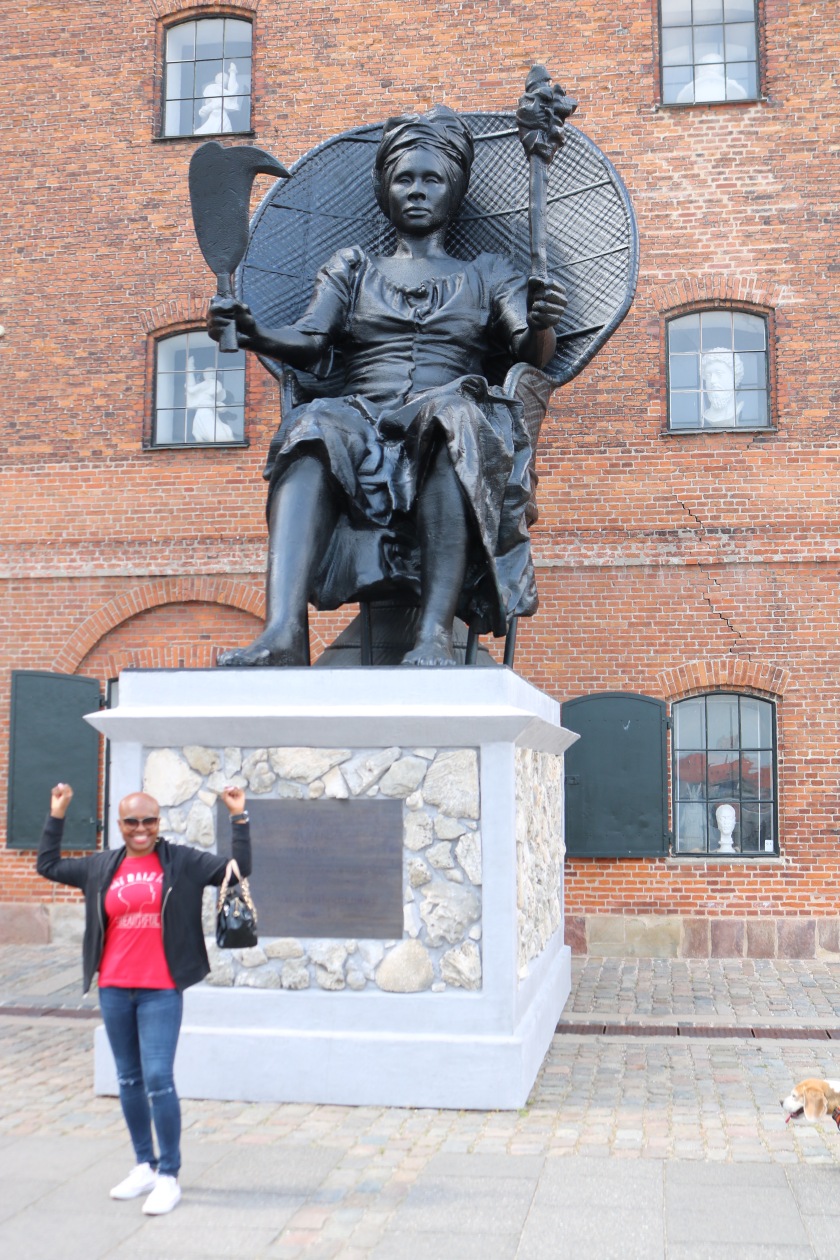 And during my travels all around Copenhagen I managed to find these gems, which made this trip dear to my heart and one of my favorite trips ever.

There were a few things that I didn’t get to do like Tivoli Gardens and shopping due to a flight delay that threw a monkey wrench in my plans, caused me to stay an additional day in Copenhagen some place else and cost me unexpected money.  It also rained a lot but I didn’t mind that since I haven’t seen rain in almost a year.  Besides these, I really enjoyed Copenhagen and solo travel.

Highlights: Kronberg and Rosenburg castles, The Lock Bridge Nyhavn, ginger shots, Ride a bike around town, vegan eating, Freetown, The Queen Mary statue and background, canal tour, People waiting for the traffic lights even when there are no cars in sight, Karlsberg beer, Mermaids