What stuck with me the most was, what one comedian said, America has lost it’s sense of humor.  Everything is so serious and it is, but if Qatar can do it, so can America. 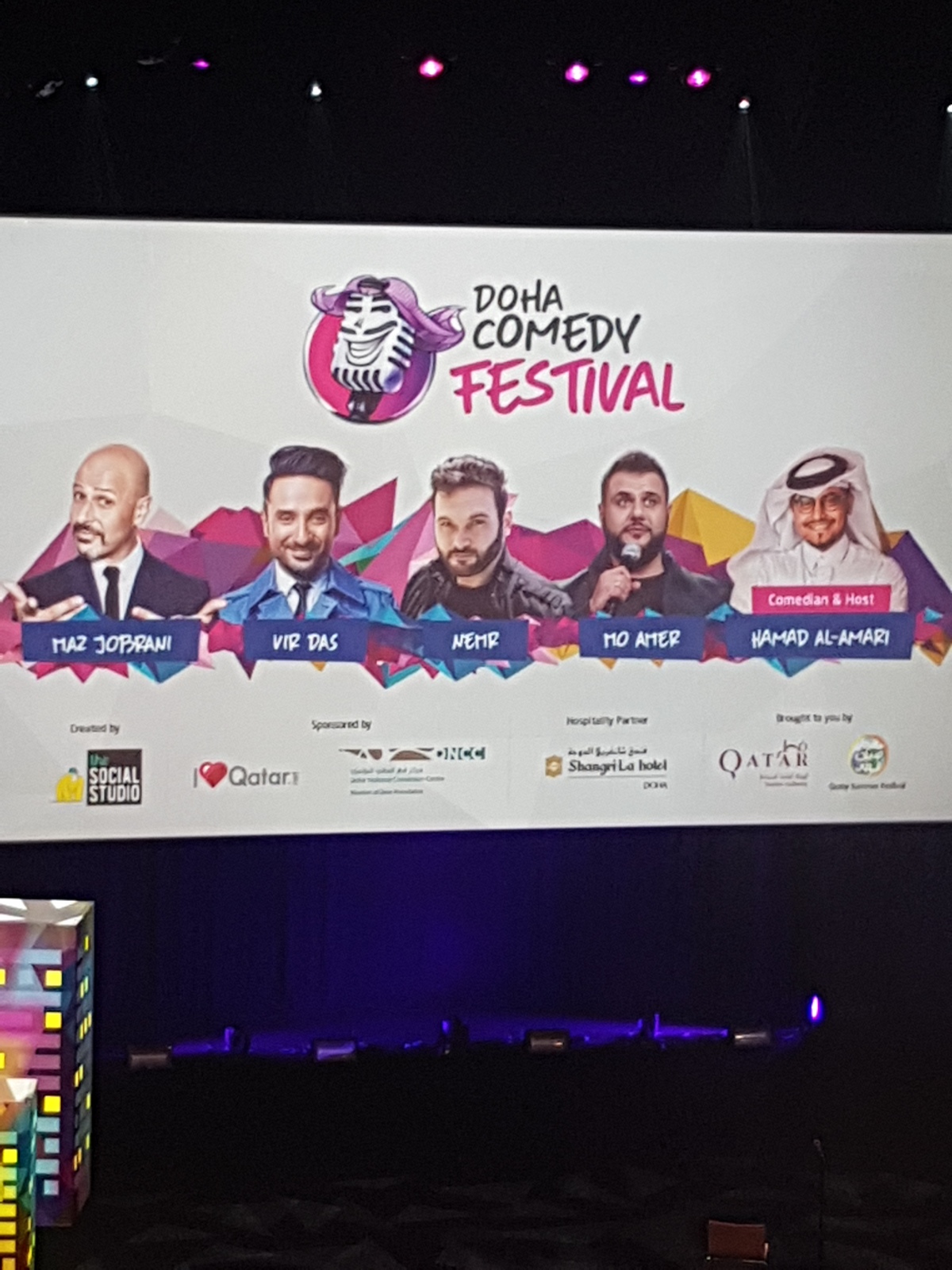 Imagine living in a foreign country in the middle of a diplomatic crisis, during a time when your country recently elected a very controversial President, while sitting through a comedy show.  Wait, that’s not all.  Now imagine that foreign country is in the Middle East, a level of censorship is maintained and speaking of certain things is considered taboo.  Confused, well this is the position I put myself in 4 days ago.  Was it the best idea I’ve had here in Qatar?  I’m still not sure, but hey, I’m here for the experience right.  I didn’t think of all of this prior to paying for the tickets but in the midst of so much chaos in the world, humor is always a good idea.

So as I sat through the Doha Comedy Festival at the QNCC and laughed along with hundreds of people, natives and expats, there were times when I felt very uncomfortable.  Maybe it was the comedian from India, who made mention of hand jobs and women being able to wear whatever they want.  Or perhaps it was the stage set up of buildings with smoke coming from behind them as one comedian mentioned, with Arabic comedians.  There was jokes of marijuana, cross-dressing, terrorism and racism. But most of the jokes centered around the blockade and President Donald Trump.

Honestly, I didn’t expect it to be that funny because of where I live.  My husband and I had a conversation before we went about our doubts that it would be funny.  We even planned our code phrase for a reason to leave early.  We thought because the country is Islamic, that there would be no profanity, or inappropriate jokes. Aren’t those the things that make comedy in the first place?  There was profanity and inappropriate jokes, totally unexpected and we laughed through the entire 4+ hour show. 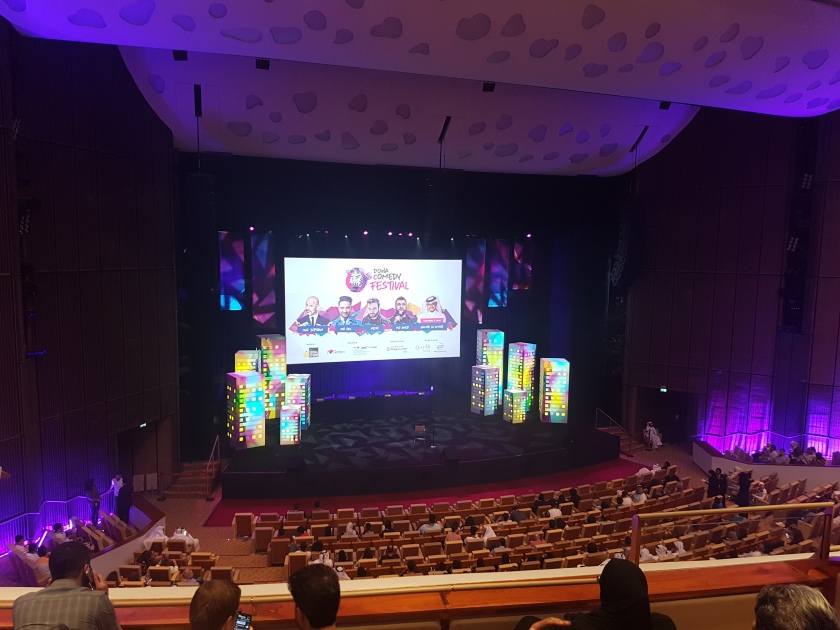 All of the comedians were funny and America, my native country, was the biggest blunt of jokes.  The sad part about it was, the jokes were true.  In the face of this blockade, Qatar held a comedy show, where many Qataris showed up and even the host/comedian was Qatari.  They laughed at the headlines that circulated in the media about the false reports of Qatar during the blockade.  What stuck with me the most was, what one comedian said, America has lost it’s sense of humor. Everything is so serious and it is, but if Qatar can do it, so can America.

With all of our differences, the audience all laughed together because…

4 thoughts on “Has America Lost it’s Sense of Humor?”