I am learning to let my food touch and eat at buffets. 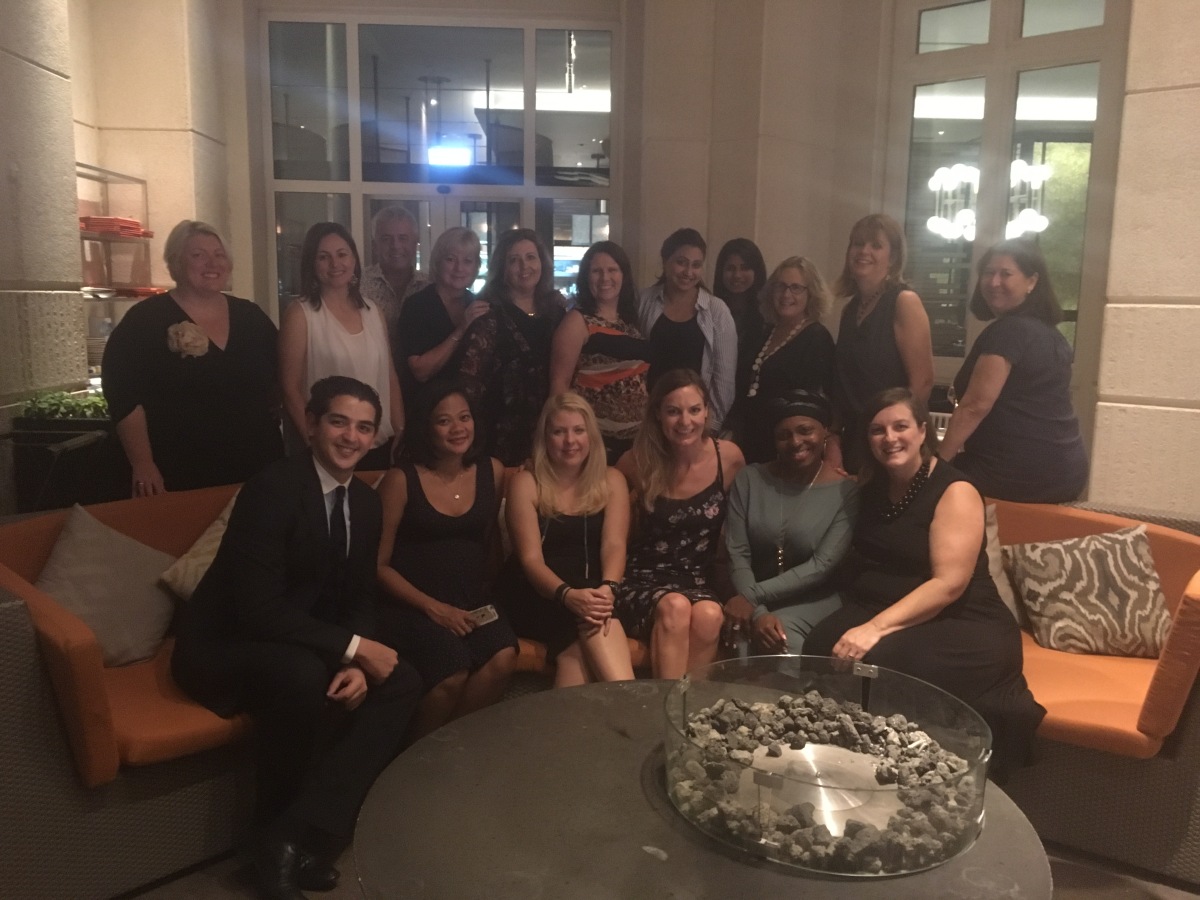 A wonderful lady named Sara created the group Doha Foodies on facebook.  The group has been a great resource for me when it comes to the food scene in Doha.  Recently I had two very interesting and rewarding experiences.

Several weeks ago, on a Thursday night, my kids and I wanted to go out to eat something different. I shared this on Doha Foodies and several knowledgable members recommended places for us to go.  Sara suggested Street Food at the Marriott Doha.  She and her family were going so I said why not and we joined them.  Plus, there was a BOGO deal in the Entertainer app.  We were not disappointed.  The best way I can explain this experience is imagine sitting down in one restaurant and eating from like 12 restaurants.  You visit stations in a corridor like food trucks and eat whatever you want.  You can go in and out of all the restaurants and fill up.  At the end of the corridor is something like a fish market. You choose what seafood you want and fill up a bag.  Then you hand that bag over to someone who cooks it all for you.  About 30 minutes later, you go pick it up.  You can choose to have liquor as well.  My oldest son and I tried snail for the first time.  I don’t think I will be eating much more of that but I’d be willing to try it again.  Just a side note, lobster from hot sea water does not taste the same as lobster from the cold east coast.  I prefer my East Coast lobster.  We will be returning to this event again. 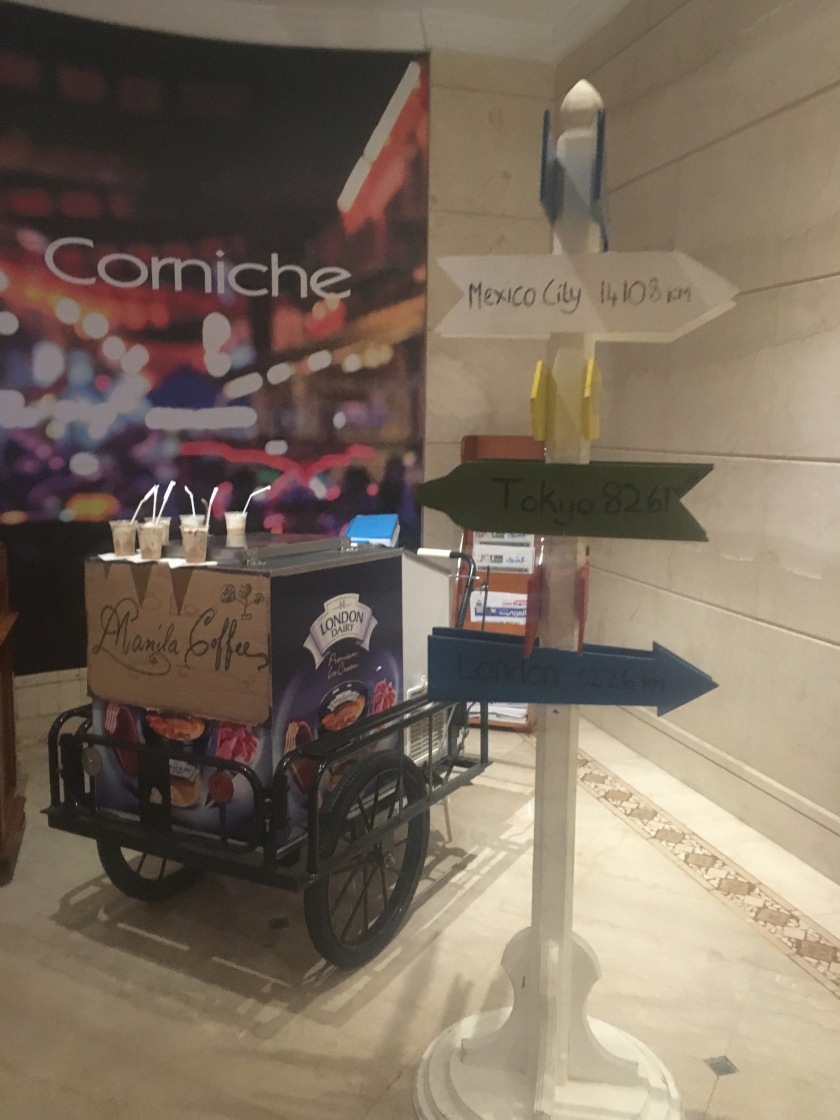 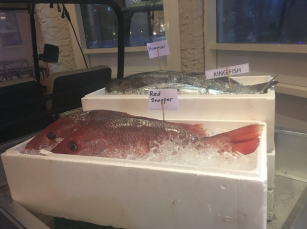 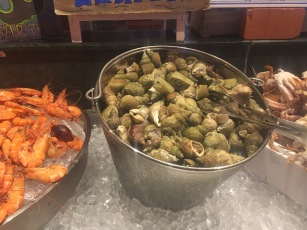 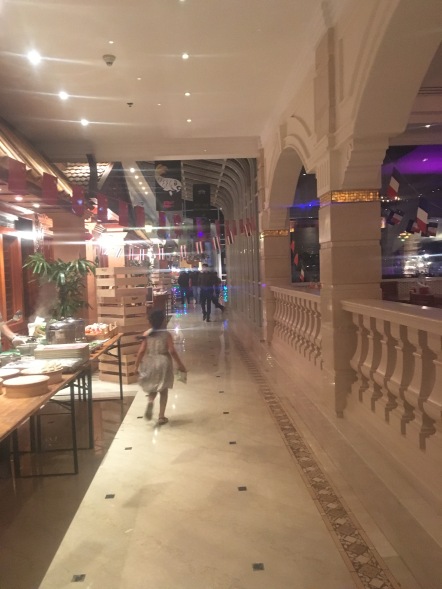 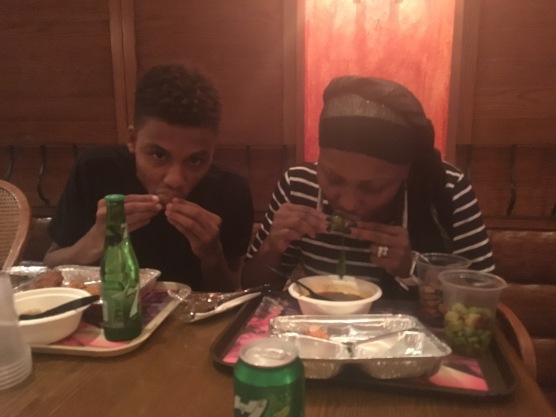 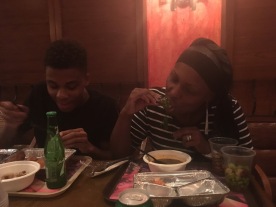 Two weeks ago, I attended a CDWM (come dine with me) event.  A member of Doha Foodies put it together.  She’s a humorous, energetic, Irish women named Dee.  (update, she now has a fb group to called Dine With Dee) I’ve never heard of CDWM so I figured why not give it a try.  Basically I dined with a bunch of strangers at Elements restaurant at the Four Seasons.  It was the best meal I have had in Doha so far, for several reasons.  The service was impeccable and they catered to my Pescatarian/Vegan diet along with other vegetarian diets and allergies.  The food was finger licking and the company was entertaining.  I met some wonderful people and I am looking forward to attending another.  I had to leave early because I am now an early sleeper and it was getting late so I missed dessert.  I also missed the scoring of the restaurant.  But that didn’t matter because they were definitely a 10. 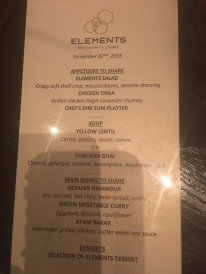 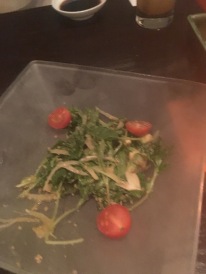 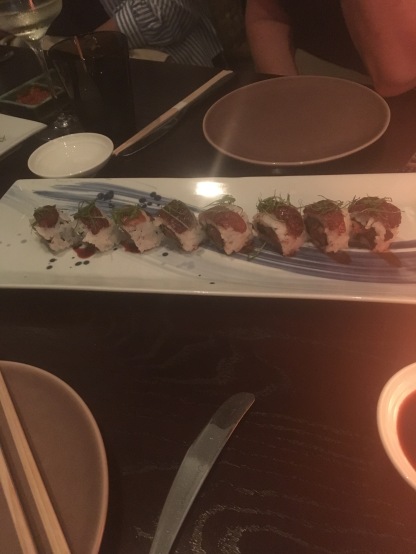 Here in Doha, I am learning to let my food touch and eat at buffets.  Back in the states, I hated buffets and shuddered if my food touched on my plate.  But it’s different here, a good different.  With so many buffets with great food, it’s easy to run out of room on my plate.  So the juices run together and the fish touches the veggies and it is all good.

Join Doha Foodies and Dine with Dee.  Your taste buds will thank you soon.